The National Parks are in partial shutdown. But America’s wilderness shines in a show at the Museum of Fine Arts in Boston that reveals how human intervention has changed purple mountains’ majesty. 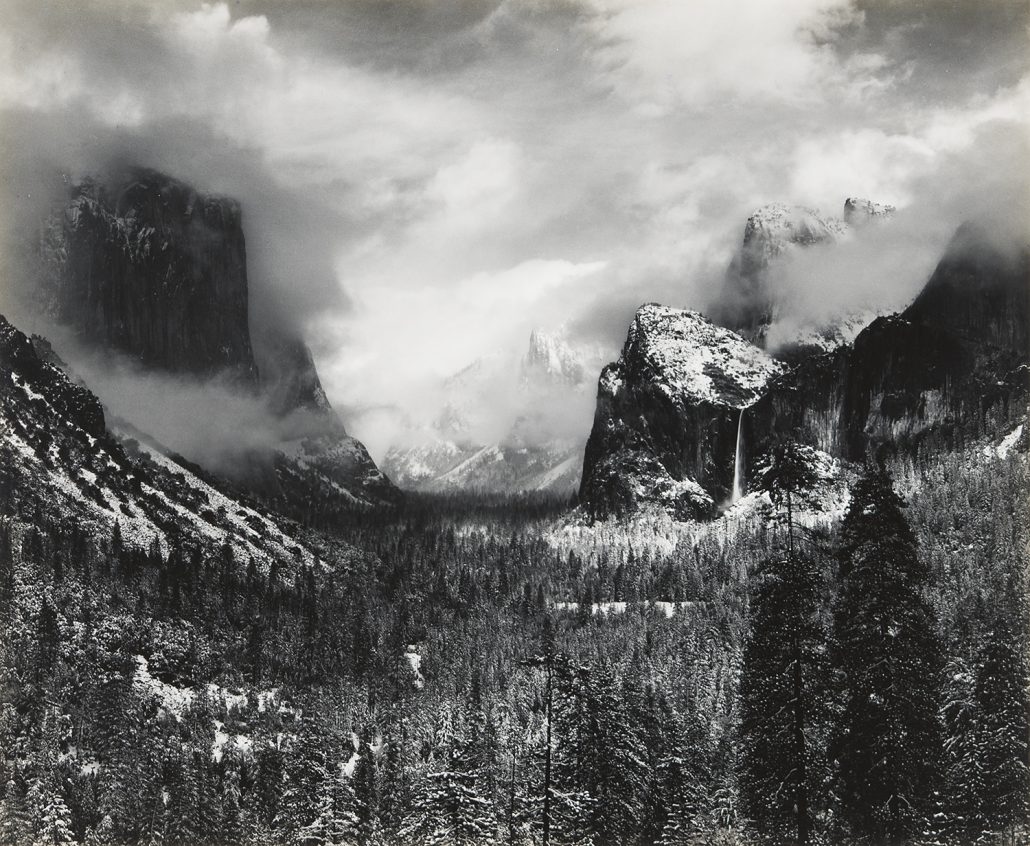 BOSTON — Ah, wilderness! It’s our answer to Europe’s cathedrals, our proof of a unique national identity.

Most citizens were first introduced to the wilderness by images. In the early 19th century, Thomas Cole placed the eastern wilderness — his beloved Catskill Mountains — on walls. Later in the century, Carleton Watkins’s 1861 photographs of Yosemite contributed heavily to Lincoln’s decision in 1864 to secure the valley forever “for public use, resort and recreation,” the first time any government anywhere set aside land to benefit the public.

William Henry Jackson’s 1871 photographs of Yellowstone helped persuade Congress to establish the first national park in 1872. Then in the 1930s, Ansel Adams (1902-1984), a staunch conservationist who had grown up near the windswept dunes of Golden Gate Park, lobbied Congress and sent the government a book of his photographs of the southern Sierra Nevada range. They strongly influenced President Franklin Roosevelt’s decision to make the Kings Canyon area a national park. Read more at The New York Times

Ansel Adams: The Early Years, at the Longmont Museum
error: Content is protected !!
Scroll to top