You are here: Home / Blog / The Ansel Insider / Ansel Adams & The Story of the Sierra Club Outings 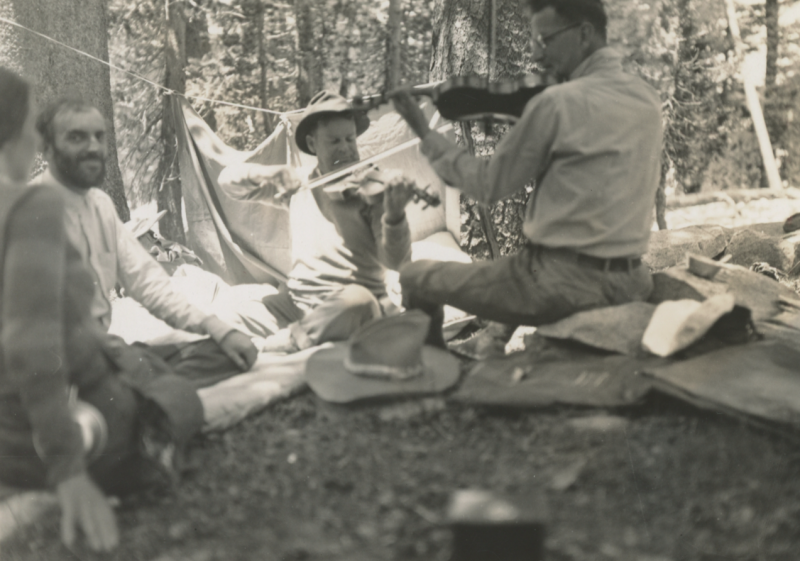 Have you ever ventured out on a day trip in Yosemite? Found a trail that took you a little further out from other visitors? To go even deeper into the wilderness The Sierra Club has been organizing outings on the trails within Yosemite (and beyond) since 1901.

The Club’s first president, John Muir, reasoned, “if people in general could be got into the woods, even for once, to hear the trees speak for themselves, all difficulties in the way of forest preservation would vanish.”

Joseph LeConte, a close friend and supporter of John Muir, followed his suit in exploring, climbing, mapping, and protecting Yosemite and the Sierra Nevada. LeConte was an early member of the Sierra Club and served on its board of directors from 1892-1898. After his sudden death in Yosemite on the eve of the first Sierra Club High Trip in 1901, the Club chose to remember him by building LeConte Memorial Lodge. The lodge is now called the Yosemite Conservation Heritage Center. 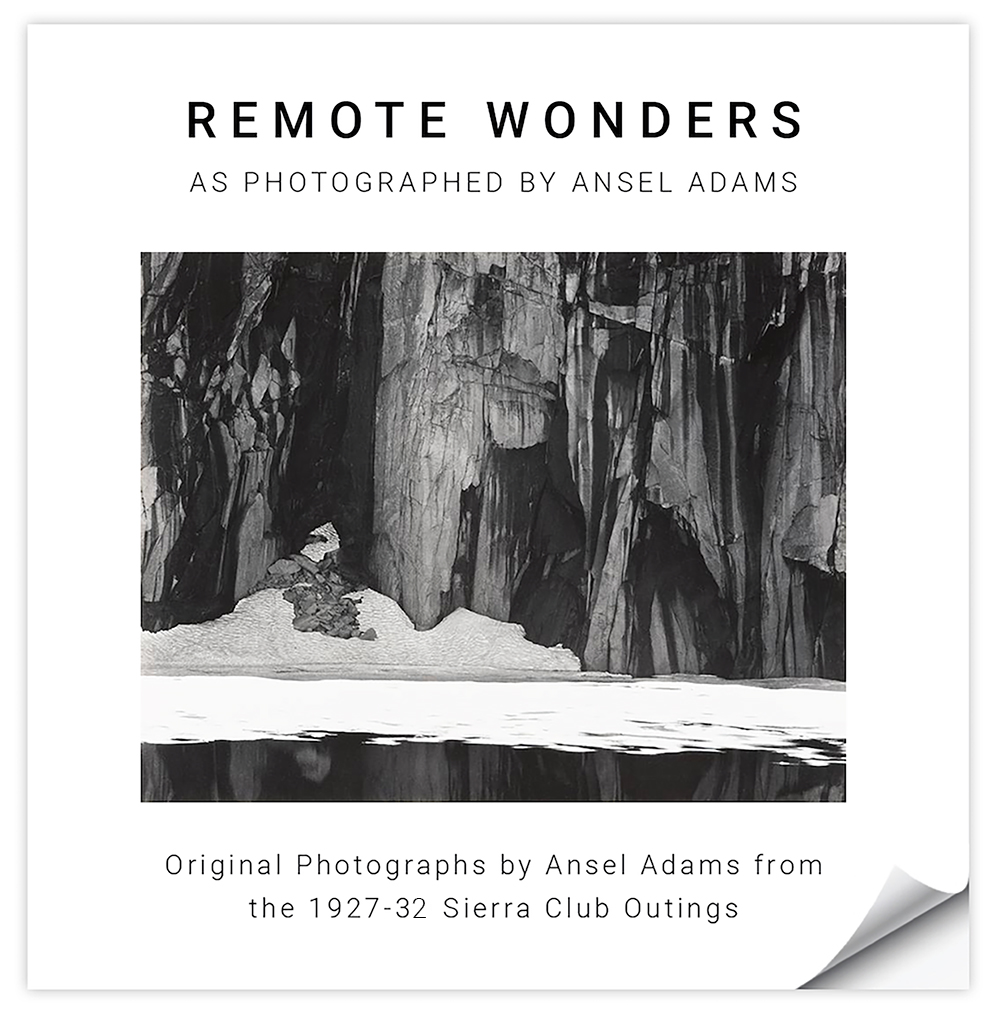 From his first official experiences with the Sierra Club in 1927 through his final year as a board member in 1971, Ansel Adams cherished these outings. It was on these trips that he developed lifetime friendships over days of hiking, and nights of entertainment. These weeks of hiking and exploring vast wilderness inspired the settings for many of Ansel’s revered vintage photographs. 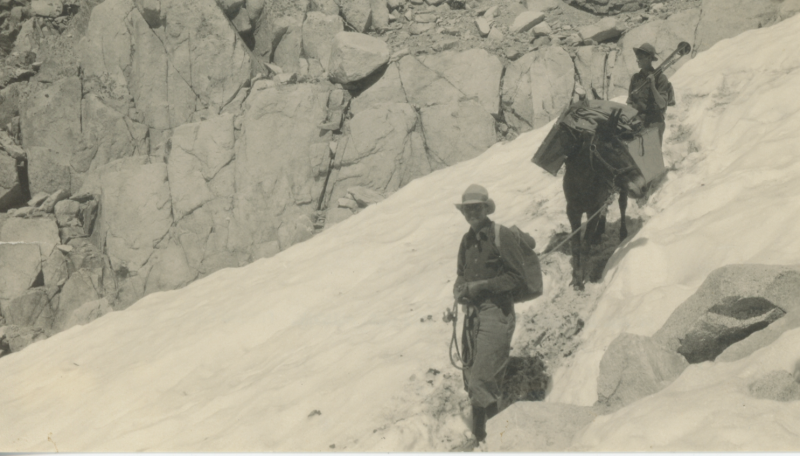 Ansel trekking through the high country with his burro. Photo courtesy of the Adams family memorabilia archives 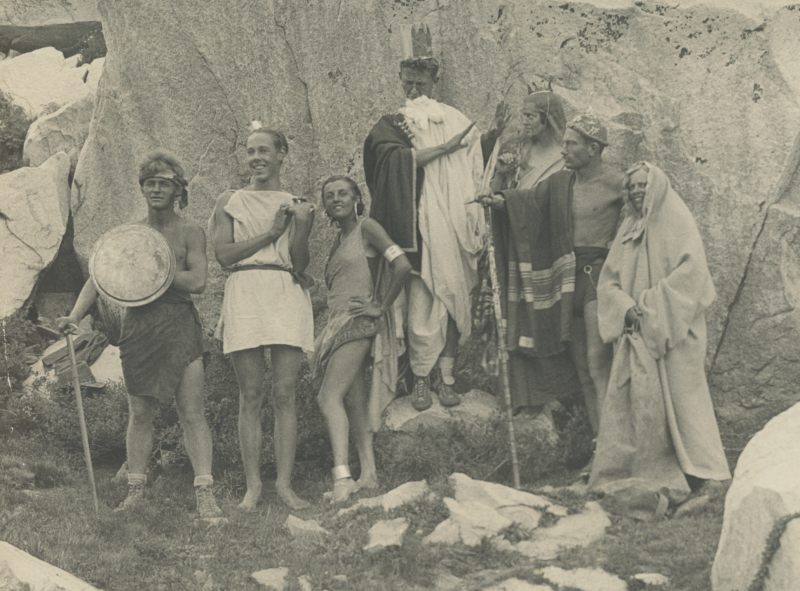 Sierra Club outing members costumed for a production of “The Trudgin Women,” a mock green tragedy produced by Ansel Adams and humorously presented on one of the outings. Photo courtesy of the Adams family memorabilia archives.

Ansel’s first participation in the outings in 1923 was the result of his friendship with Cedric Wright, who invited him to join the Sierra Club to the northern areas of the park. Also a photographer, Wright became Ansel’s mentor and best friend for decades.

Once hired on as the staff photographer for future outings, Ansel spent a good piece of each year in Yosemite with the Sierra Club. While on a month-long outing to Kings River High Sierra, he missed the birth of his son Michael by two days. The packtrain that delivered news from the Yosemite Valley was anything but instantaneous, as Ansel noted in his autobiography “being in the High Sierra was literally being out of this world.” When he did arrive, both baby and mother were in good health. Virginia also participated in earlier outings with the Sierra Club, and served on its board of directors from 1932-4. 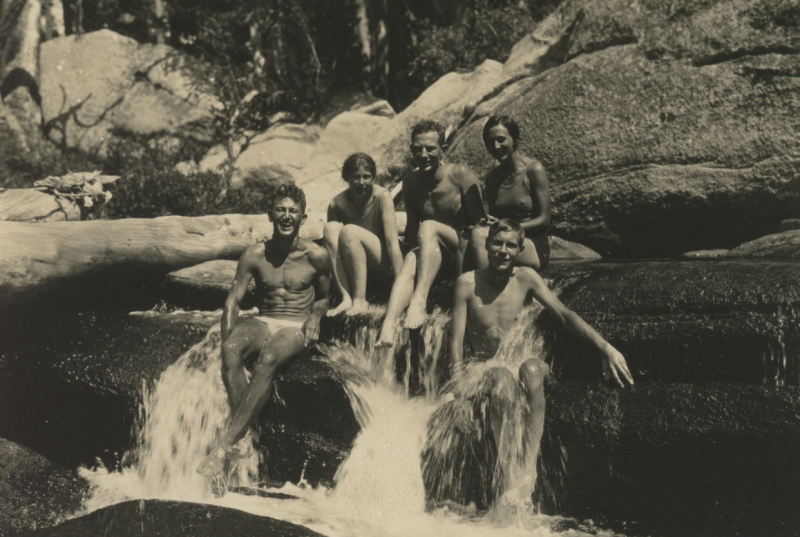 Ansel’s first portfolio of prints was made as mementos to fellow hikers from an outing culminating at Mount Resplendent in 1928. He sold them for thirty dollars each. The portfolios proved so popular that he produced others during 1929, 1930 and 1932 High Country outings.

Throughout, the mission of the outings was to expose enthusiasts to the great wilderness and thereby find meaning and an approach to its preservation. 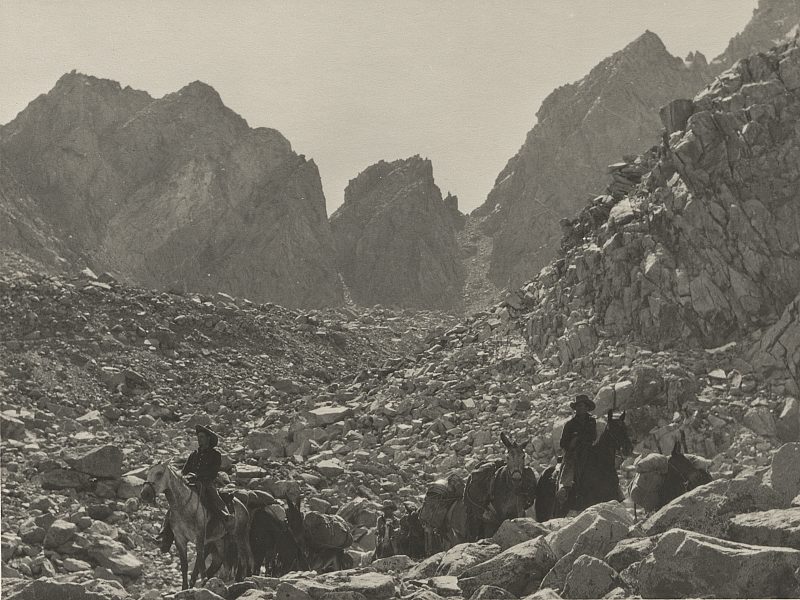 John Muir’s call to “climb the mountains and get their good tidings” has been followed by Sierra Club members since the organization’s start, and the pursuit of this goal has played a key role in shaping the Club’s history.

Years before the founding of the Sierra Club, many of its future leaders and supporters were traveling the mountains of California and sharing with others the wonders they found there. In 1889 Muir embarked on an excursion in northern Yosemite with Robert Underwood Johnson, editor of the influential Century Magazine. Sitting around a campfire at Soda Springs in Tuolumne Meadows, the two planned a campaign for a “Yosemite National Park”—a campaign that succeeded the following year when Congress established the park.

But Muir and Johnson soon realized that an organization would be necessary to ensure Yosemite’s protection. Soon thereafter they were instrumental in the formation of The Sierra Club. Their charter was:

“to explore, enjoy, and render accessible the mountain regions of the Pacific Coast; to publish authentic information concerning them,” and “to enlist the support and cooperation of the people and government in preserving the forests and other natural features of the Sierra Nevada.” 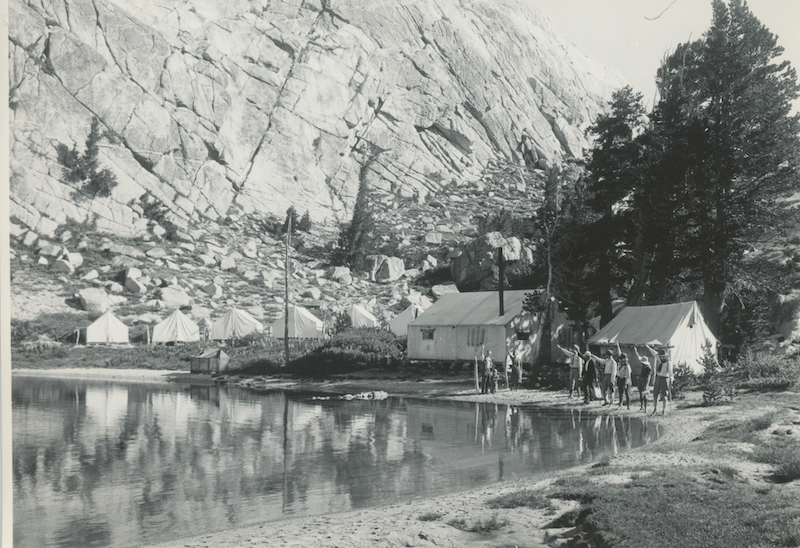 Since the formation of the Club and its early outings, the original large-scale group trips have been replaced with “no trace camping.” When previously trees were cut down for nightly bonfires, today we pack in what we need and take little from mother nature. And we pack it all right back out. Burros no longer haul enormous latrines up mountainsides—we carry waste out in waste paper. We camp a certain distance from a lake, and our imprint is much smaller. 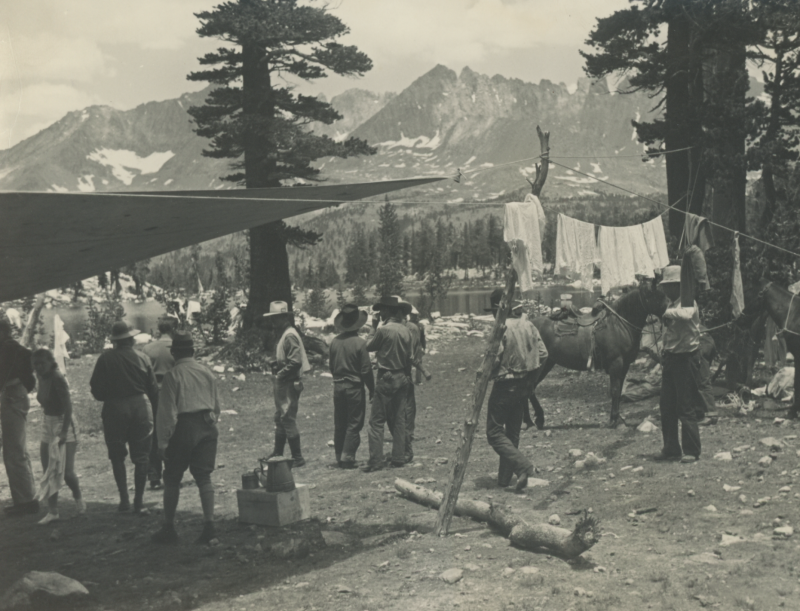 If you’ve experienced Yosemite’s impressive and stunning landscape on an adventure of your own, or as part of a Club outing, you’ve witnessed first-hand the extraordinary ecosystem that is the Sierra. If you’ve observed the wonders of this landscape in photographs— those of Ansel Adams’ or others—you’ve found another way to partake in and appreciate these wild spaces. As lovers of nature and beauty, it’s our responsibility to protect the Sierra, either as guardians of Yosemite National Park each time we visit, or by donations and congressional action each time it is threatened.

In the words of the Sierra Club, the earth needs our help now more than ever. Together let’s defend our wild spaces.

Origins and Early Outings
Text from The History of the Sierra Club: 1892-1970, by Michael P. Cohen, published by Sierra Club Books in 1988.

Yosemite Reunion: Impressions of a Park
error: Content is protected !!
Scroll to top