You are here: Home / Blog / Ansel Adams in the News / ‘He’s a giant’: Ansel Adams Yosemite book gets nod from... 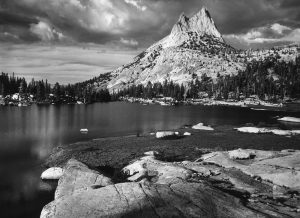 There probably isn’t a photographer out there that Ansel Adams hasn’t influenced.

Souza, who wrote the foreword for Adams’ new book “Ansel Adams’ Yosemite: The Special Edition Prints,” out Tuesday, told USA TODAY a trip to Yosemite National Park led him to “make believe” he was Adams.

“Never in my imagination would I ever have imagined that someday I would be writing a foreword to an Ansel Adams book,” Souza says. “He’s a giant.”

The new book includes photographs arranged in a sequence selected by Adams before he died in 1984. The focus of the sequence is Yosemite National Park, where Adams spent a great deal of time….read more

An Artist Reception with Martino Hoss

Upcoming Exhibition: Light on the Landscape – Photographs by William ...
error: Content is protected !!
Scroll to top