You are here: Home / Blog / Blog / How it Began: Photography Education at The Ansel Adams Gallery

FROM OUR CURATOR, EVAN RUSSEL:

A dialog with Yosemite begins the moment one steps into the hallowed valley. The towering walls, sleepy meadows and leaping waterfalls all incite conversation.

But where to begin?

Since its modern day (re)discovery in the middle of the nineteenth century by non-indigenous people, that conversation — whether it be personal, political or spiritual — has inevitably involved photography. So much so, in fact, that it could be argued that photography saved the storied park from over-development when the photographs of Carleton Watkins persuaded President Abraham Lincoln to set aside The Yosemite Grant in 1864 in the first act of public land preservation in the nation’s history. 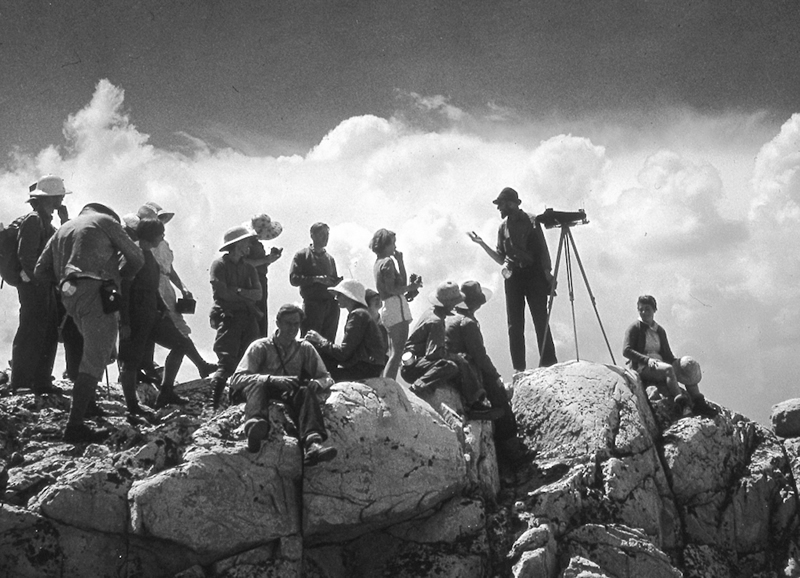 By the time a young man named Ansel Adams first stood at the ramparts of Half Dome, in awe of the great monolith, photography had made its way into the mainstream.

It had become a mechanism for illustrating the life of the everyman. And it was on that first trip to Yosemite in 1916, that his father gifted Ansel Adams his very first camera, a Kodak Box Brownie No.1 that would become a catalyst in his own life’s pursuit.

He recognized the growing popularity of the medium and the need to impart the significance of the art. Sponsored by U.S. Camera, the group of instructors that first summer were rounded out by two of his good friends, Edward Weston, and Dorothea Lange. From then on, almost every year until his death in 1984, Ansel enthusiastically taught his annual workshop program in Yosemite, inspiring multiple generations to go out and have a conversation translated through light. 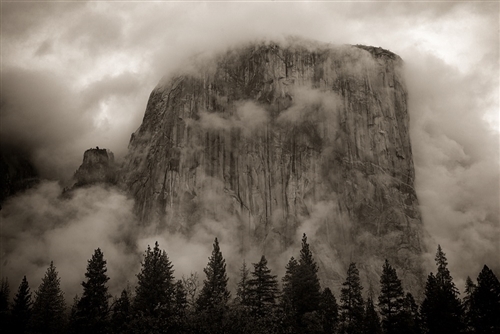 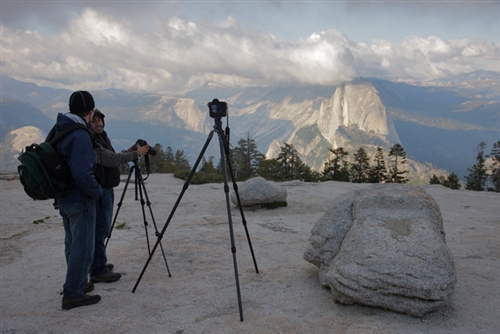 Private guiding offers one-on-one experiences led by an expert staff photographer that is customized to the experience you are hoping to achieve. Available as 4-hour, 8-hour, or multi-day tours, we ensure you will have the opportunity to witness at least one sunrise or sunset as a backdrop to one of the most photogenic places on Earth. An added bonus: no need to worry about the details of how or when to get there. Your guide will lead the way! 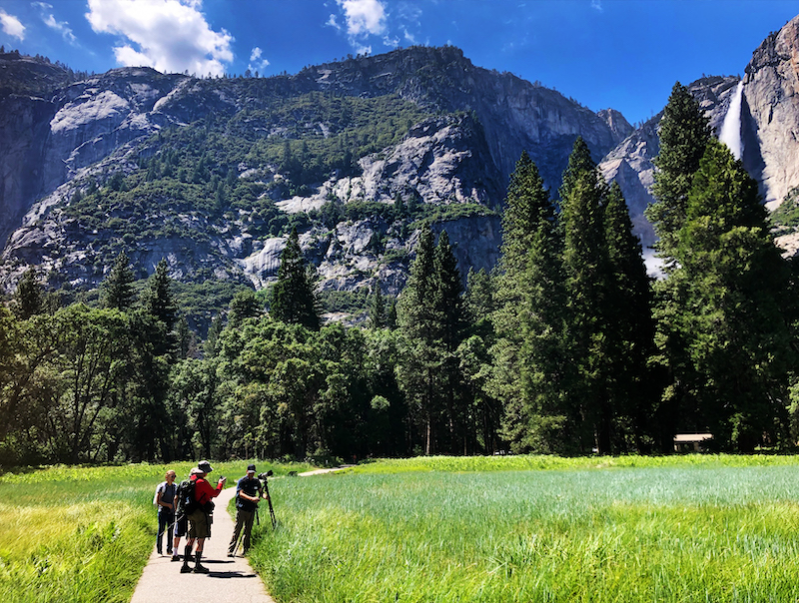 Our 4-hour classes are taught outside in Yosemite Valley, surrounded by spectacular views

Regardless of your proficiency, you will find something in our photography education program designed to be your guide.

We also now offer 4-hour Classes for both beginners and intermediate level photographers. Covering a variety of topics ranging from technical to creative thinking and history, and scheduled throughout each week of the year, these classes accommodate anyone looking to take a new step in honing their craft.

The legacy of The Ansel Adams Gallery has always been more than the photographs on its walls, or the person that created them.

Any discussion of this topic most assuredly must include the importance Ansel and Virginia Adams placed on the unique brilliance of the medium itself; its ability to be a transformative visual dialog capable of influence and accessible to all of us. After all, everyone has a vested interest in the greater conversation on this planet, whether personal, political or spiritual. And whether you are Carleton Watkins or Ansel Adams or anyone really, sometimes it is just a matter of knowing where to begin.

An Annual Event: Parks In Focus & The Ansel Adams Gallery