You are here: Home / Blog / Uncategorized / Apricity: noun. The Warmth of the Winter Sun.
See all Exhibition Photographs 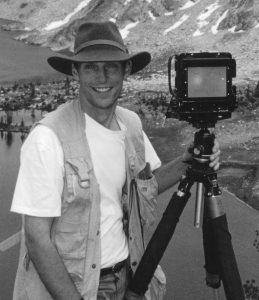 I fell in love with winter in Yosemite. After all, I’d spent most of my life in New England where winters, though often pretty, were synonymous with concepts like bone-chilling and raw. There, it was a season to be endured, where backs ached from shoveling and ice was an obstacle to progress. In Yosemite, I truly discovered its beauty when an already spectacular landscape was adorned in winter robes. And I thoroughly enjoyed being out in it. I marveled how in Yosemite Valley, in particular, it was a simple matter to view a frozen landscape from the comfort of a warm sunny spot. And each storm brought its own artist, adept at melding color, light and forms in infinite ways, and scribbling poetry in the smallest of details. When Winter arrived, I was eager to get outside and discover everything it had to say.

I first heard the word apricity spoken by Ammon Shea, the author who had just completed a one-year, 21,370-page traipse through the Oxford English Dictionary. He read each word and its definition as one would read a novel, and upon completion, wrote his own treatise, Reading the OED – One Man, One Year, 21,730 Pages, published by Perigree in 2009. Ammon was recounting ten of his favorite words from his lexiconic adventure, and apricity was among those that stood out to him. I could see why. Apricity describes the subtle warmth of the winter sun. It is a warmth that might only change the temperature a degree or two on a chilly winter day, but that slight change in temperature balances the world between two states. It is all that separates drops of melt-water and crisp, fresh snowflakes that squeak underfoot. I certainly knew the feeling of apricity, I had just never heard one word describe it so succinctly.

When I teach, I liken the process of learning photography with learning a new language, the language of light. Like any language, we start by learning a basic vocabulary. Next we try to arrange the words into meaningful sentences. Then paragraphs. Eventually, if we take the time and immerse ourselves in the task, we may become fluent. Beyond fluency is an even greater goal, the goal of the artist: to be poetic.

Poetry comes with command of a language, an understanding of nuance and an economy of words. It is a distillation that reveals the essence of the subject. Similarly, photography is a distillation of the scene. We can’t include everything before us in every image, so we select just the elements that are essential and exclude the rest. A powerful, precise, poetic word like apricity is the verbal equivalent of a successful image. Simply beautiful.

In Memory of Peter Hoss