You are here: Home / Blog / The Ansel Insider / Light from a Distant Mountain 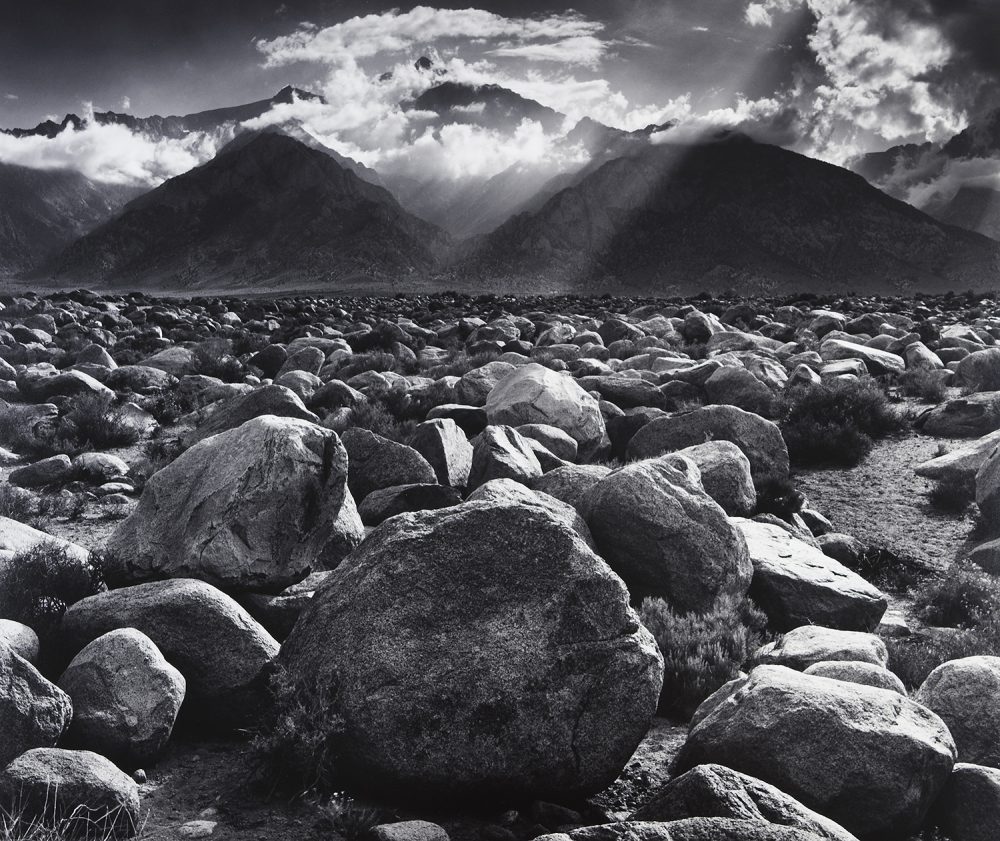 In 1943, Ansel Adams began to document the Manzanar War Relocation Center, an internment camp for over 10,000 Japanese-Americans during World War II. Ansel used his camera to capture the strength, determination, and spirit of the people there amidst the hardship that had been thrust upon them. Immersed in the community of displaced Americans, Adams produced Born Free and Equal. It was a project that would prove to be surpassingly prescient towards the impacts of its own historical moment, and one of Ansel’ only forays into photo-documentation. In more than 100 images, he captured the nature of life in the camp, the humanity of its residents, and the monumentalism of its surroundings weaving them together to form a mosaic of natural beauty and human perseverance.

When Ansel completed his project at Manzanar, he had created a body of work dedicated to the human dignity he found there that was as profound as his iconic photographs of the surrounding landscape.

And as it turns out, it was one mountain in particular that stood out as an agent of hope among the unsurpassed beauty of the western landscape that encompassed Manzanar. Mt. Williamson. On the floor of the Owens Valley, Manzanar is bordered to the west by the soaring Sierra Nevada and the east by the great arid expanse of Death Valley National Park. Ansel believed that this surrounding western landscape was one of the few American cultural symbols the internees could still lay claim. 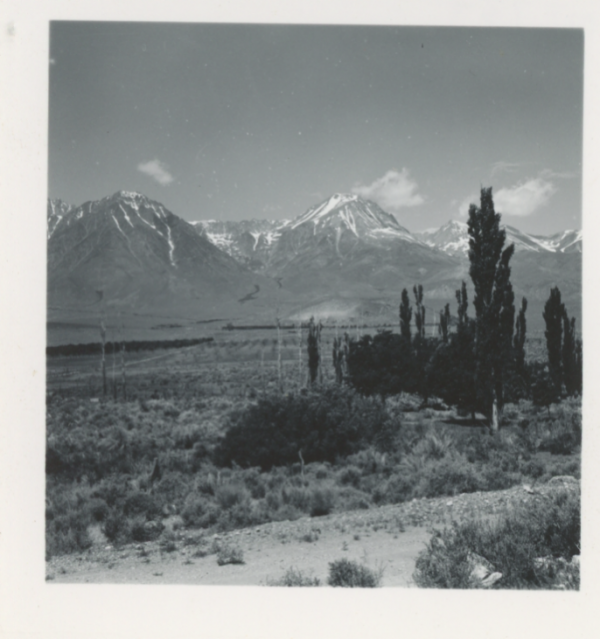 Photograph of the landscape outside of the Manzanar Relocation Center. Image courtesy of the Ansel Adams family archives

In a poignant passage written in Born Free & Equal, Ansel describes the sublime geography of the region that is empowered by a spirit originating from the granite wall of the Sierra Nevada: Mt. Williamson, only a distance of ten miles west of Manzanar, rises against the sky so magnificent and shimmers under the clear sun.

“The acrid splendor of the desert, ringed with towering mountains, has strengthened the spirit of the people of Manzanar. I do not say all are conscious of this influence, but I am sure most have responded, in one way or another, to the resonances of their environment…The huge vistas and stern realities of sun and wind and space symbolize the immensity and opportunity of America.” — Ansel Adams, Born Free & Equal

It was in 1944, on one of his later trips to Manzanar, when Ansel captured his extraordinary photograph of Mount Williamson, Sierra Nevada, from Manzanar, California. The image, taken from a platform mounted to the roof of his car, portrays Manzanar’s most important landmark rising from the foothills in the far distance. The mountain stands central in the image, its enormous form erupting from a sea of boulders resting on the floor of the newly made desert. Arguably, Ansel’s inspiration that enabled him to make such an iconic, moving image as “Mt. Williamson” came from the impact of his experiences observing the coping and fortitude of the Japanese-American internees. He believed the grand landscape transcended the everyday existence of internment. Ansel received criticism for photographing the surrounding landscape, and responded to such criticism in Ansel Adams: An Autobiography:

“I have been accused of sentimental conjecture when I suggest that the beauty of the natural scene stimulated the people in the camp,” he wrote. “No other relocation center could match Manzanar in this respect, and many of the people spoke to me of these qualities and their thankfulness for them.” 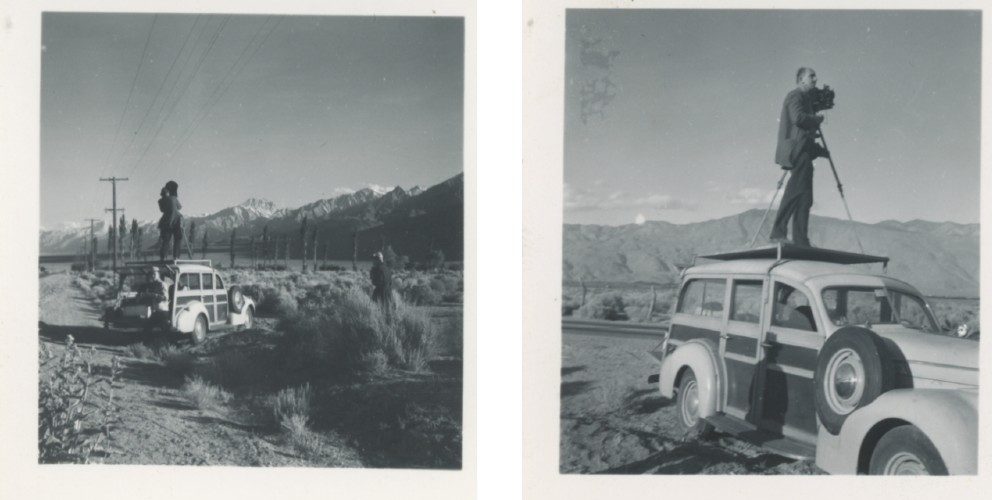 Ansel’s Mt. Williamson reminds us of the deep-seated relationship between the landscape and its inhabitants, its cool mountain peak radiating an air of possibility in contrast to the heat of the desert floor where the camp lay. Mount Williamson, Sierra Nevada, from Manzanar, California is breathtaking in its portrayal of the Owens Valley environment. In another passage from Born Free & Equal, Ansel expresses:

“It is the magical mountain, the dominant accent of the world of Inyo…No summit of the Sierra looms so impressively above its immediate base as Williamson. Mary Austin speaks of its ‘seven-mile shadow.’ In the same mood Horace wrote of the ‘great shadows falling from the high mountains.’ Yet the shadows of the Sierras are not somber; they make space definite with glowing light.” — Ansel Adams, Born Free & Equal

By Reily Haag, Creative Writer for The Ansel Adams Gallery

The Artists of the Manzanar Relocation Center

Yosemite at Night: A Photography Exhibit by Michael Frye and Kirk Keeler
error: Content is protected !!
Scroll to top