You are here: Home / Flipbook 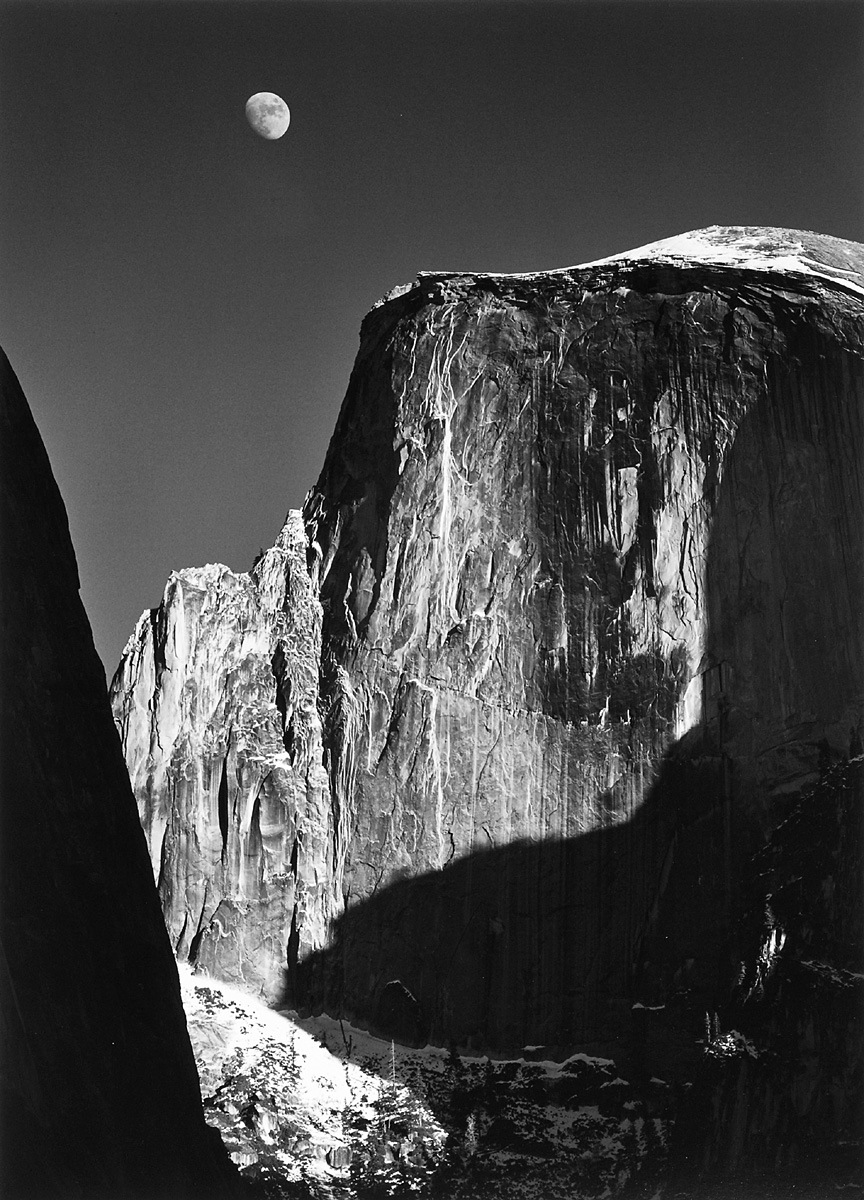 Ansel Adams made this image at 4:14 the afternoon of December 28, 1960 with a Hasselblad camera and 250mm Zeiss Sonnar lens, releasing the mirror before operating the shutter to minimize vibration. It was one of his last well known photographs.

Arguably, this is the definitive photograph of Half Dome and among the most famous images of Yosemite National Park . Belying its later worldwide acclaim, “Moon and Half Dome” debuted for a very personal audience: the first publication of this masterpiece was as the wedding announcement for Adams ‘ son, Michael, and his daughter-in-law, Jeanne in 1962.

In “Examples: The Making of 40 Photographs,” Adams recalls making “Moon and Half Dome:”…read more

This image is available as a: