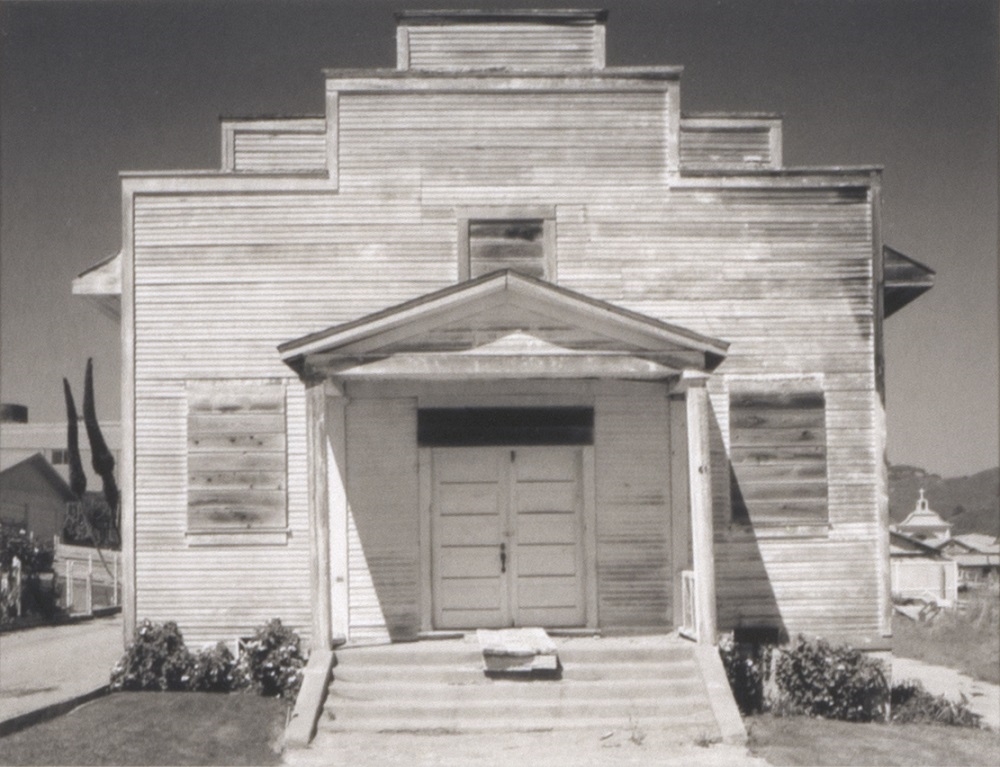 About this photograph – “Meeting House, Davenport”, c.1970, Polaroid, 3.5 x 4.5 inches (center) St. Vincent De Paul Church, in Davenport, was built in 1914 entirely of cement from the local Santa Cruz Portland Cement Company, which had been established in 1906. Ansel Adams made the church famous when he took the photograph above with a Polaroid camera in the 1970s. There’s a world of difference between the contemplative process of using a view camera and the instant result of a Polaroid camera. Edwin Land and Ansel Adams met in 1947 at an optics convention, and once Adams saw what Polaroid cameras could do, he immediately became a consultant. Adams was still testing films and cameras for the company up until his death in 1984. “There it was, (a Polaroid image) brown and of rather awful quality. But, by gosh, it was a one-minute picture! And that excited me to no end,” Adams said. The success of Adams’ collaboration with Dr. Land laid the groundwork for Polaroid’s later sponsorship of younger artists such as Andy Warhol and Robert Rauschenberg.