You are here: Home / Blog / The Ansel Insider / Tenaya Lake: Jewel of the High Country

The Ansel Adams Gallery is pleased to offer “Lake Tenaya” special edition photograph, along with a rare version signed by Ansel Adams. The vintage print has been sold.

Ansel’s image of Tenaya Lake captures the soul of one of the grandest landscapes of Yosemite. It provides an expansive view that places the viewer squarely on site. Ansel took this photograph when access to the lake was via a narrow and winding road. Getting there with hundreds of pounds of camera equipment was quite the adventure.

Experts have traditionally dated the vintage version of this photograph circa 1946, but new evidence offers a different date—at least six years earlier. 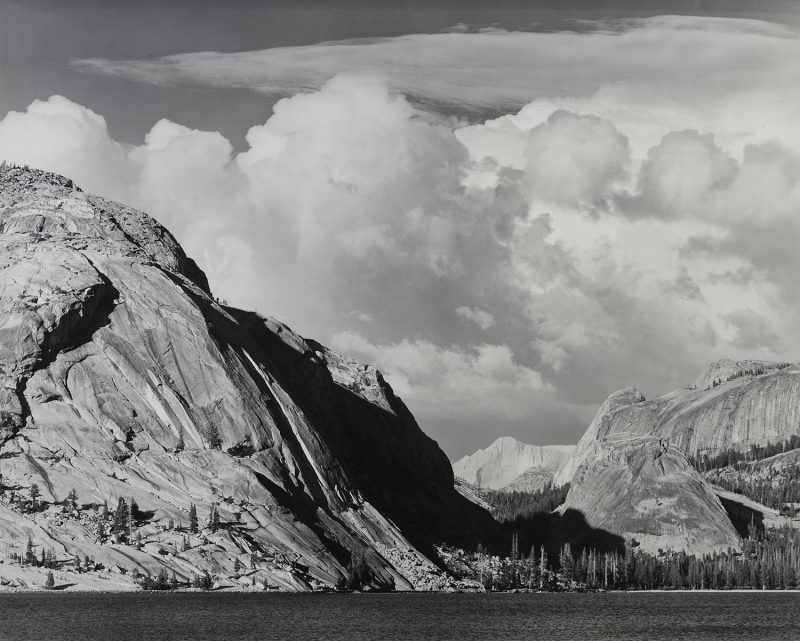 Ansel was notorious for not recording negative dates, an oversight which troubles collectors still today. Through x-ray fluorescence analysis, the gallery determined that this particular print could have been made no later than 1940.

How do we know?

Ansel began to use selenium toning as a means of hardening the surface of his prints in 1940 and used it consistently for the rest of his career. The latest analysis shows no trace of selenium. Most likely, the negative dates to 1937, when Ansel photographed the area with his friend and colleague Edward Weston, or possibly several years later when he was working on images for a sequel to the children’s book “Michael and Anne in Yosemite Valley,” published in 1940.

Lake Tenaya, one of the true jewels of the Sierra Nevada, lies nestled between rolling domes and steep escarpments of granite. Its pristine, iridescent waters invite visitors to pause and memorize its beauty. The jumping off point to Sunrise and May Lake High Sierra Camps, the lake offers hikers several trails into the wilderness above Yosemite Valley. 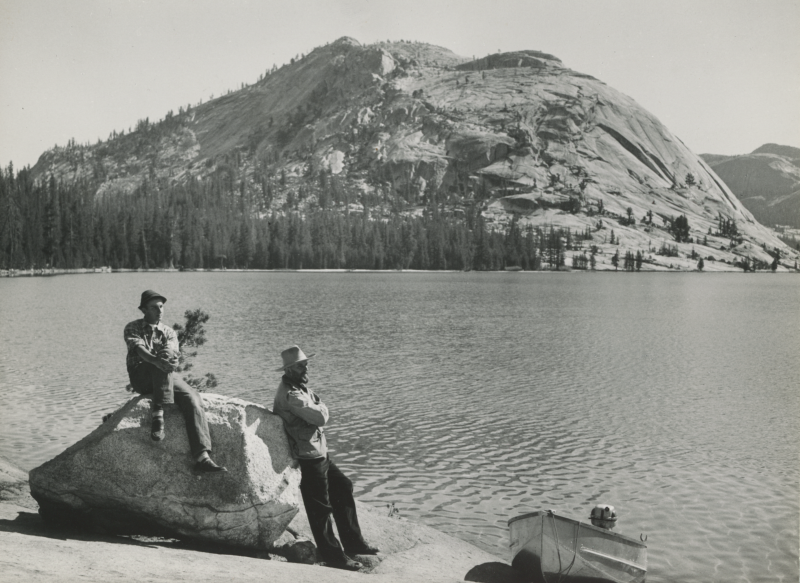 This newly-surfaced vintage print offers a window into the sublime of the Sierra that could only have been made through the lens of the artist himself.

“It is difficult to explain the magic: to lie in a small recess of granite matrix of the Sierra and watch the progress of dusk to night, the incredible brilliance of the stars, the waning of the glittering sky into dawn…And always that cool dawn wind that I believe to be the prime benediction of the Sierra. These qualities to which I still deeply respond were distilled into my pictures over the decades. I knew my destiny when I first experienced Yosemite.” – From Ansel Adams: An Autobiography, 1985