The Story Behind the Image: Yosemite Valley, Winter

While most visitors to Yosemite National Park come in the summer months, winter is a magical time of year in Yosemite Valley. The majesty and solitude of its snow-capped cliffs and frozen lakes fascinated Ansel Adams, who returned again and again over the decades to make hundreds of photographs of the rugged landscape in winter. This particular photograph, of Yosemite Valley as seen from Inspiration Point, was made in 1938 with a large-format, 8 inch x 10 inch view camera, which allowed Ansel to capture the sheer face of El Capitan and the valley’s striking rock formations in the dazzling winter light. 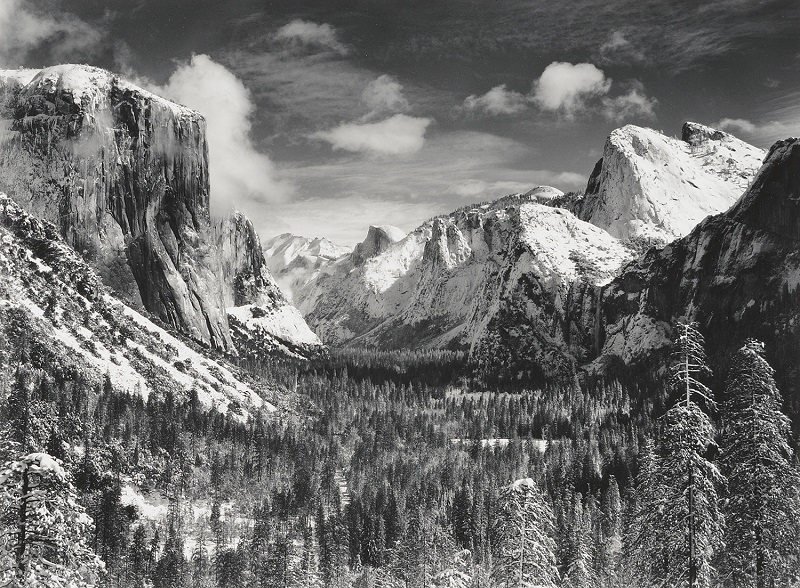 Though this iconic image serves as the cover photograph for Ansel’s Yosemite and the High Sierra, its most prominent “publication” was on something quite different from a book cover. In 1969, Adams partnered with Hills Brothers Coffee, a San Francisco-based coffee roaster, to produce a special-edition coffee can adorned with this photograph. As Ansel put it in his autobiography: “The idea was to produce something of lasting attractiveness after the original contents of the can had been consumed… Potentially corny: actually reasonable.” 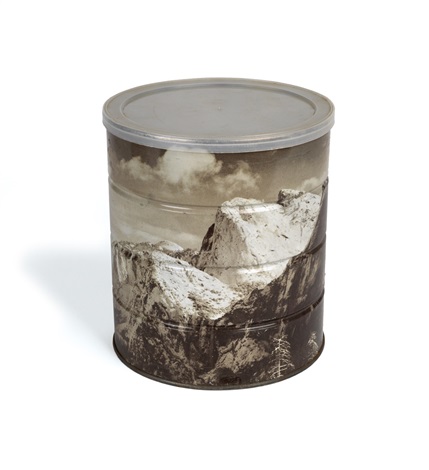 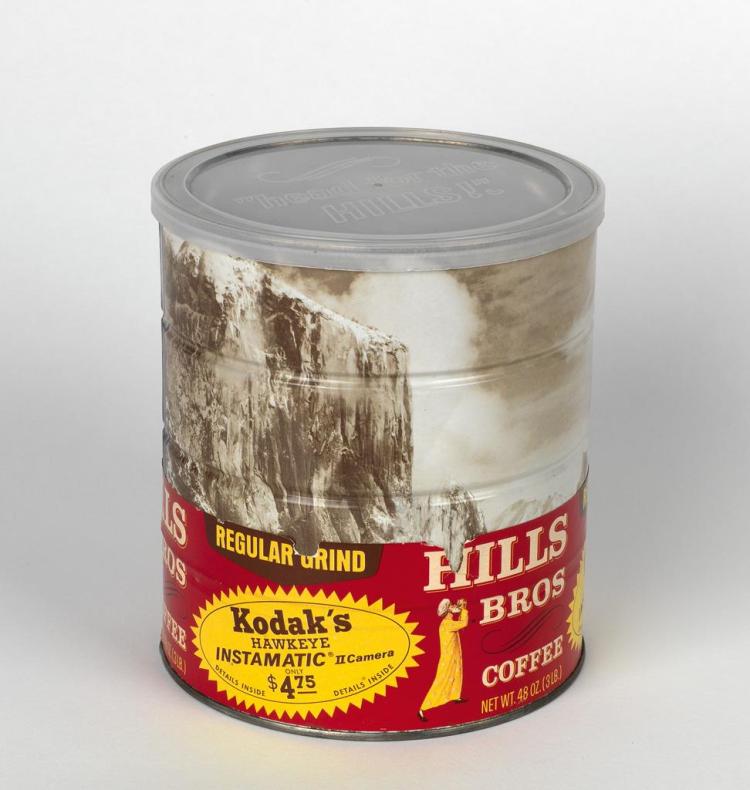 Though some of Ansel’s artistic cohort ribbed him for ‘selling out,’ the coffee can print was just one of the many ways Ansel sought to use his photography to introduce the American public to the beauty of nature. Throughout his career, Ansel sought to take his fine art photography out of museums and galleries and into the lives of everyday people. With the publication of books, calendars, prints, and, yes, coffee cans, Ansel introduced millions of Americans to the joys of the great outdoors, seeking to instill a respect for the rugged landscapes that are every American’s heritage.

So when Imogen Cunningham, one of Ansel’s longtime collaborators and friends, delivered Ansel one of his coffee cans planted with a sprouting marijuana plant, fertilized generously with manure, Ansel good-naturedly accepted her gift of a “pot in a pot,” as she put it. Until his friend Henry Gilpin, the deputy sheriff of Monterrey County, spotted it and quietly suggested Ansel destroy the plant, which, of course, he did.

The Art of Winter in Yosemite National Park

The Quiet Beauty of Photographing Yosemite Valley in Winter
error: Content is protected !!
Scroll to top