You are here: Home / Blog / The Ansel Insider / Two Friends & A Burro 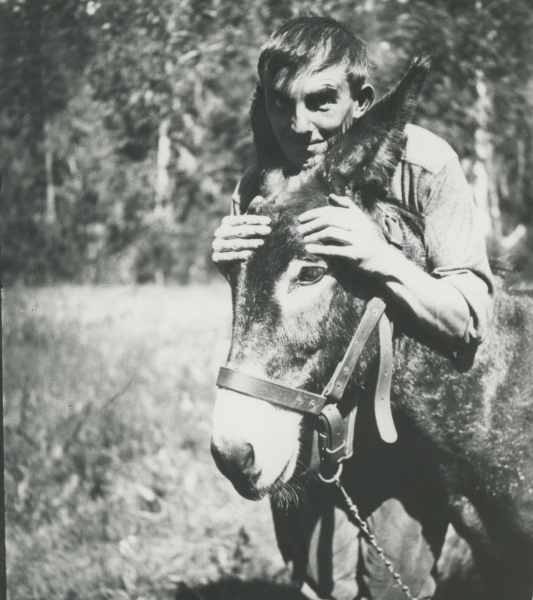 Ansel Adams and Burro in the High Country, Photo Courtesy of the Adams Family Memorabilia Archives

“I held Ansel’s ass while he made that picture!”

What’s that again? That statement remained a joke between Ansel Adams and his lifelong friend Herold Seville for decades. The two took a venturesome trip to High Sierra in 1923. While photographing Banner Peak – Thousand Island Lake, Ansel tasked Harold with holding his reliable donkey “Mistletoe” while he managed his camera equipment.

With Harold’s firm hold on the burro, Ansel captured his iconic photograph of the serene lake, luminous peak, and weathered sky. In his autobiography, Ansel recounts details from the trip:

“I made many drab shots and suffered some embarrassing failures.” But one image proved an exception. “I can recall the excitement of the scene,” he went on. “It seemed that everything fell into place in the most agreeable way: rock, cloud, mountain, and exposure … This picture still has a unity and magic that very few others suggested in those early years.” 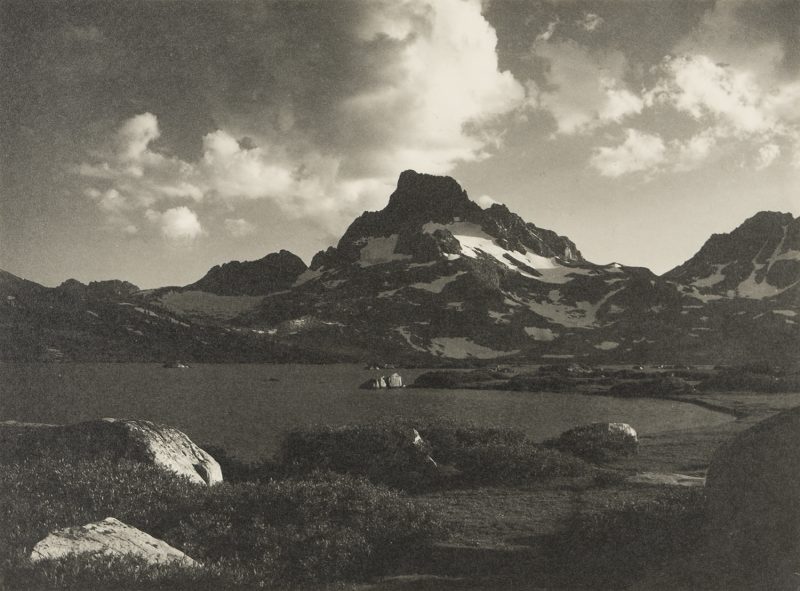 Almost 90 years after Ansel and Harold’s 1923 trip, Michael (Ansel’s son) and Matthew (his grandson) ventured to Thousand Island Lake on a mission with National Geographic.

Their goal? To uncover Ansel’s “tripod hole” or vantage point from which the photograph was taken. In the published story “The Mountains that Made the Man” author Peter Esseck describes the expedition, where the team successfully discovered the point for Ansel’s final photograph.

Banner Peak and Thousand Island Lake is situated in what is now known as The Ansel Adams Wilderness. Originally protected as wilderness by the 1964 Wilderness Act, it was first called the Minarets Wilderness. Renamed and expanded to honor Ansel Adams in 1985, it spreads over 230,258 acres, ranging in altitude from about 7,000 feet to 14,000 feet.

Ansel would be thrilled to know that the peaks and lakes of his 1923 expedition would someday be named in his honor. #Anselwouldbeproud

“He loved the Sierra, and worked tirelessly to protect these special areas of wilderness.”

A “Tragedy” on the High Trip