If anything is true of Orland’s photographs, it is that they are unique in approach, constantly in flux, incomparable, and impossible to ignore. Evan Russell, Curator, The Ansel Adams Gallery 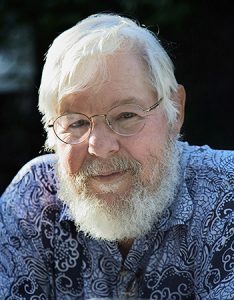 See all photographs by Ted Orland

Orland received a degree in Industrial Design from the University of Southern California in 1963; in 1966 he first visited Yosemite where he enrolled as a student in Ansel Adams’ Summer Workshop. By 1972 Orland had become Ansel’s top photographic assistant and right-hand man, during that time he also developed influential working relationships with program alumni David Bayles and Sally Mann.

His photography career began in a rather conventional manner, shooting in a similar fashion to Ansel Adams. As his own style evolved, Orland diverged from the lessons he had learned and moved from classic large-format landscape photography to hand-painted black and white photographs. This new method of working centered on a much wider range of subject matter. His current body of work relies on hints of satire, mythology and irony from and about his subjects, as well as cross-pollinating contemporary printing processes. These radically different techniques marry the new of digital printing with the old – the prints are veneered with hand-tinted oils more popular during Yosemite’s infancy in the 19th century. It is now known that Ted Orland took the first computer-based photographic images of Yosemite in the early 1980s and in accordance with his abilities, he became the first recipient of Yosemite National Park’s Artist-in-Residency program.

Opening at The Ansel Adams Gallery on November 30, 2018 “Unexpected Landscapes: Photographs by Ted Orland” will exhibit works from throughout the artist’s career, featuring images from Yosemite and locales farther afield. A reception for the artist will be held at the gallery on December 1st from 3-5 in the afternoon. We hope to see you there!