It should probably come as no surprise that Ansel Adams loved spending time outdoors, his legacy being so deeply connected to the natural wonder of the American West. But even though his time spent in the wilderness was often connected with his work, Ansel still loved to partake in a classic American tradition: the family camping trip.

It was in 1938 that Ansel, his wife Virginia, and their children, Michael and Anne, set out for a camping trip to Bodie, California. In 1938, Bodie was well on its way to becoming one of America’s most notorious ghost towns. However, if you’d have visited it at its prime, you would have found some 30 gold mines, 65 saloons, numerous brothels, gambling halls, along with a number of legitimate businesses. Like many other booming mining camps during the time, Bodie earned a wide reputation for violence and lawlessness. 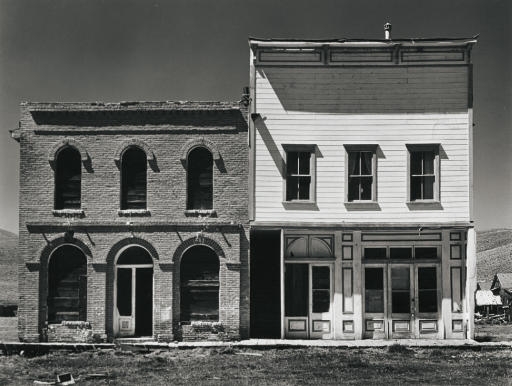 The Adams family camping trip in 1938 saw a different side of Bodie. At one point, the prodigious boomtown had produced some $90 to $100 million during the peak hunt for gold. By the time Ansel and family arrived, most everything was abandoned. Mines had long been shut down, and with business collapsing, residents left whatever they couldn’t carry behind in Bodie. The once lawless town of the wild, wild West gave way to a much quieter, though undoubtedly spooky, place to explore during their camping trip.

“It was probably the first time I’d ever camped out,” remembers Michael. “I may have slept out in the valley—we kept beds outside the house there—but this was the first time I remember camping where we built a fire and cooked over it.”

Michael was five years old at the time. After the family headed up to Tioga pass, they parked the car, and hiked with backpacks to a small tarn to the south. “We camped that night at one of those little tarns,” says Michael. “We had a campfire, and we cooked over it. I can remember looking up at the stars after we went to bed.” 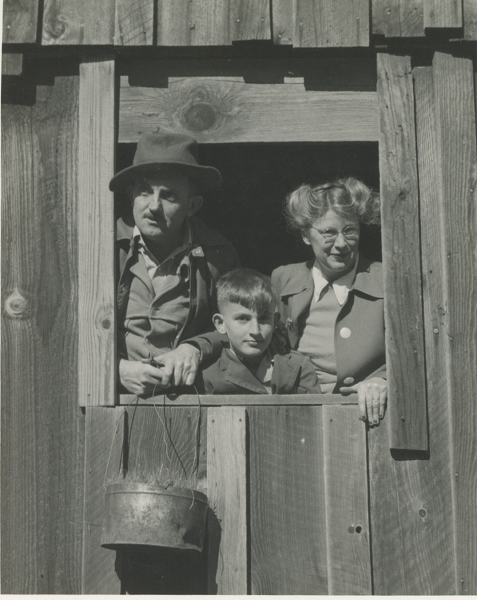 Ansel, son Michael, and Virginia in the old mining town of Bennettville, CA during their camping trip to Bodie. Photo courtesy of the Adams Family memorabilia archives.

In the morning, Michael was tasked with getting some water for the morning’s pot of coffee. From there, things went downhill. Michael took a small can down to the lake, and found a large log covered with frost jutting out over the water. “I managed to step out on it, and dip down to get some water,” he recalls. “But just as I was done filling the can, I slipped off the log and into the water. It was probably only up to my knees, but it was freezing cold.”

Even for the most determined campers, a cold, wet five-year-old has a way of throwing off the day’s agenda. “We decided to walk back to the ranger station at Tioga pass,” he says. “The ranger was really nice; he had a fire going in his stove, and I was able to get warmed up.”

Once Michael was warm and dry, the family continued on to explore the abandoned ruins of Bodie. “We stayed there most of the day. Ansel took a number of photographs,” recalls Michael, among them, his now iconic images of two abandoned buildings, and an abandoned horse-drawn hearse. From their appearance, the buildings in Ansel’s photograph look as if they could have been burgeoning saloons from Bodie’s golden days. And the hearse…a mystery perhaps owned by a businessman during the town’s boom, only to leave it behind during its quick decline. 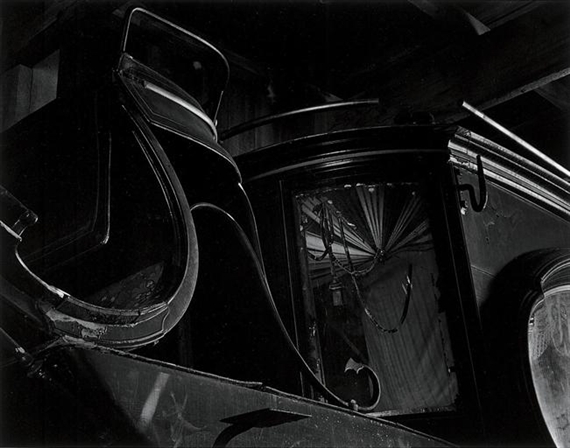 After leaving Bodie, the family came back through Lee Vining. “There was a Bodie Mike’s there—you could get a bite to eat, but they also had slot machines,” recalls Michael. “Ansel played the slot machines, and I remember being fascinated by them.” Perhaps, after a morning spent drying off a cold, wet kid, even a great outdoorsman like Ansel Adams just needed a little bit of indoor fun.

Color on the East Side of the Sierra